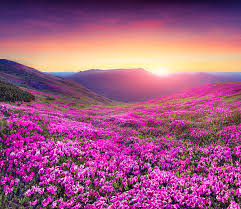 Bonnie (Bowyer) Walton, age 87, passed on August 31, 2018 in Sacramento, California where she had been in a hospice program since January 2017.

She was born on Staten Island/New York City, New York, on March 25, 1931, the daughter of Dr. A. B. Bowyer and Amy (Hinkle) Bowyer. She grew up in Buckhannon, West Virginia, along with her older sister, Eloise.

Bonnie was married and divorced twice and had two daughters. She was employed for many years as a general secretary and then as a Legal Secretary until her retirement in 2000.

Her passion was music and she sang in the church choir and played the organ and piano. She was a Christian and was active in the church for many years. Dancing was also something she enjoyed. She square-danced, round-danced, and ballroom-danced over the years. Last, but not least, service to others was very important to her. She frequently provided help to others when she saw a need arise.

Survivors include two daughters, Janice L. Tietjen and Lydia J. Crispin, and one granddaughter. Bonnie will be buried at Heavener Cemetery in Buckhannon, West Virginia.

A service summary is not available